Founder’s interview: Importance of Virtual Reality for the industry

The use of Virtual Reality (VR) in industrial engineering provides users with considerable speed and cost advantages. The VR tool from R3DT is designed for intuitive use in the planning of machines and production lines. The founders and managing directors of R3DT, Andreas Rüdenauer and Achim Schneider talked about this with Frank Feil from techtag, the magazine for the digital economy in Baden-Württemberg. Below is a summary of the key statements. The complete interview can be found here: https://www.techtag.de/digitalisierung/r3dt-die-bedeutung-der-virtual-reality-fuer-die-industrie-interview

How is Virtual Reality applied in the industry?

Every user of the user-friendly VR tool can load the existing 3D CAD data of a planned system at the push of a button and check directly on the virtual prototype with their bare hands whether errors have occurred in planned assembly processes, workstations or entire factory layouts are present. The tool runs under all common VR hardware such as Oculus or HTC Vive. A big advantage of the software for everyone is that after loading, no data has to be edited and no instruction is necessary: The entire handling is intuitive and can be used not only by the planning engineer, but also, for example, when the workshop manager wants to test virtual prototypes.

Often this is sufficient and in the case of special machines that are only built once and there are no classical prototypes at all, the VR tool provides the possibility to test a prototype as in real life. If you want to test the VR tool from R3DT, please call us to make an appointment. We will then come to you and present the tool using your own data.

R3DT is Award Winner of the initiative “Germany – Land of Ideas” 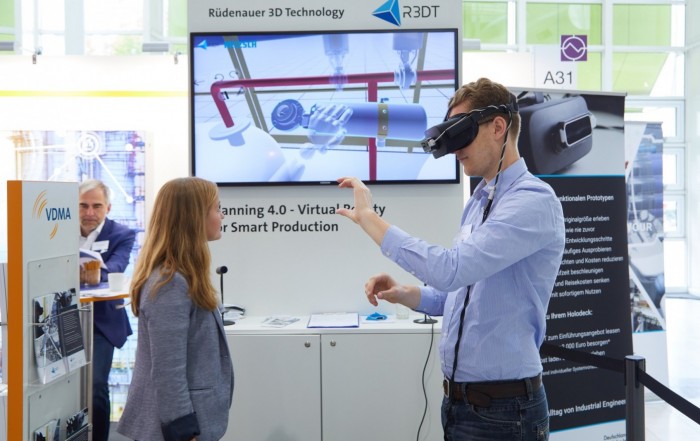 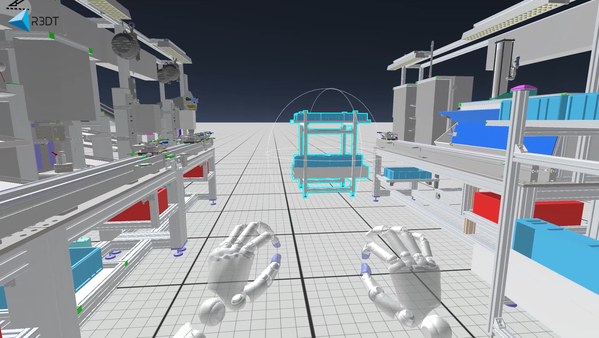